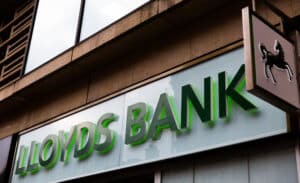 The UK’s largest mortgage lender, Lloyds Banking Group, has reported stronger-than-expected profits after cashing in on a surge in demand for home loans.

The bank, which owns Halifax and accounts for roughly 19% of the UK mortgage market, said mortgage lending increased by £3.5bn over the three months to September as it processed the highest number of applications since 2008.

The housing market has boomed as a result of a temporary stamp duty holiday and a so-called race for space as many people reconsider their lifestyles during the Covid-19 pandemic.

Lloyds’ chief executive, António Horta-Osório, said demand had risen for larger homes outside city centres, and consumers were saving more of their earnings for home purchases as they were spending less on going out.

The bank is expected to profit from further demand in the final three months of the year. “We already know that this strong mortgage growth in Q3 is going to accelerate into Q4 and we are absolutely on it,” Horta-Osório said.

The boost in mortgage and business lending helped lift pre-tax profits to £1bn for the quarter. Analysts had been expecting profits of £588m. It is a significant improvement on the £50m profit reported during the same period last year, when the bank had to put aside large sums linked to payment protection insurance claims.

Despite the bank’s strong performance, Lloyds’ chief financial officer, William Chalmers, cautioned that an economic downturn in the UK had merely been delayed from the end of 2020 and into 2021. “The downturn is expected to come, but it is expected to come slightly later,” he said.

Lloyds reported a 16% drop in net interest income – which measures the difference between interest earned on loans versus paid on deposits – to £2.6bn after UK interest rates were cut to a record low of 0.1% in March.

The Bank of England has told lenders to prepare for negative interest rates, prompting Lloyds’ rival HSBC to warn it may start charging for current accounts in countries such as the UK to help make up for the drop in income.

Lloyds put aside a further £301m to cover a potential surge in bad debts linked to the Covid crisis, which was less than half the amount analysts had expected.

The provision brings the bank’s total impairment charge to £4.1bn for the first nine months of the year. It now expects the full-year total to be at the lower end of the £4.5bn-£5.5bn it predicted in the summer.

However, Lloyds said there was “significant uncertainty” around the economic outlook owing to the ongoing pandemic and Brexit. “The extent of the impairment charge at the full year will depend on the potential severity and duration of the economic shock in the UK,” it said.

Get the daily email that makes reading the news actually enjoyable. Stay informed and entertained, for free.
Your information is secure and your privacy is protected. By opting in you agree to receive emails from us. Remember that you can opt-out any time, we hate spam too!

Lessons fatherhood taught me about business